View various Beer Terms to help you understand some of the terminologies used throughout the beer industry and brewing process.

AAU Alpha acid units. The measurement, in percentage of alpha acid, of the potential bitterness in hops.

Adjunct Grains (such as rice, corn, maize, or wheat) used in addition to malted barley to make a beer. They tend to lighten the flavor of a beer and produce alcohol.

Alcohol An intoxicating by-product of fermentation, which is caused by yeast acting on the sugars in the malt. Alcohol content is expressed as a percentage of volume or weight; the US uses weight.

Ale One of the larger families of beers. True ales are fermented with top-fermenting yeast. They are low in carbonation and served warm. Best known in England.

All-Malt Recently rediscovered in America, all-malt refers to a beer made exclusively from barley malt, without adjuncts.

Alt A German ale noted for its copper color and less wine-like taste.

Amylase Enzymes that liquefy starches and convert them to maltose (sugar) and dextrins.

Aroma The particular combination of smells from malt, hops, yeast, and any unusual or distinctive disturbances in the beer.

Balance Hoppiness versus maltiness The complexity of their interaction, and a measure of the brewer's art.

Barrel One US barrel equals two kegs or 31 gallons.

Beer A fermented beverage made from barley. hops, water, and yeast, and sometimes other ingredients.

Bitter One of the British ales almost exclusively served on draft in English pubs.

Black Patent Malt Malted barley roasted at high temperatures to give color and taste to the beer.

Body The particular feel of a beer is described as full-bodied, medium-bodied, or light bodied, depending on the sense of thickness or thinness in your mouth.

Bottle of Beer A bottle of beer equals twelve ounces.

Bottom-fermenting Yeast (Lager Yeast) The yeast used to ferment lagers. This yeast works at colder temperatures than ale yeast and settles to the bottom of the fermentation vessel.

Bouquet (Nose) The collection of smells, usually floral, that a drinker smells before tasting the beer. Sometimes described as the combination of hop character, malt aroma, and fruitiness produced from esters that are formed by the yeast during fermentation.

Caramel Malt A sweet, coppery malt, caramel malt imparts both color and flavor to beer. Dried in a particular fashion, caramel malt has a high concentration of unfermentable sugars that sweeten the beer, contributing to head retention. Also known as crystal malt.

Chill Haze A condition occurring in some beers at low (near freezing) temperatures caused by proteins in the beer becoming cloudy. Not an indication of bad beer.

Conditioning The process of creating carbonation in the finished beer, typically taking place in the bottle or keg after sugar is added. Conditioning can also mean aging or lagering beer.

Contract Brewing Making beer for smaller companies that either do not have a brewery of their own or lack the capacity to meet demand.

Dextrins Non (or slowly) fermentable carbohydrates found in the malt. They give beer flavor, body, and mouthfeel.

Esters Esters are organic compounds that result from the interaction of acids and alcohol. The presence of esters can cause the fruity flavors and aromas, such as banana, blueberry, and pear, that intentionally or unintentionally occur in some beers.

Fermentation This is the process of producing alcohol and carbon dioxide through the actions of yeast on grain-based sugars.

Filtering The process of passing beer through a porous substance to clarify it. This process occurs after fermentation.

Fining A process of producing a bright beer by clearing the beer of unwanted haze or yeast, by adding ingredients such as isinglass or gelatin.

Gravity (Specific) The weight of a liquid relative to the weight of an equal volume of water. Specific gravity must be checked before and after fermentation. Used as an indication of the amount of alcohol present in the finished beer.

Head Foam that forms on top of the beer when it is poured. Head tends to indicate the degree of carbonation, hops, and malt in the beer.

Hopping Rate The amount of hops added to a specified volume of wort. Often referred to in BUs (bittering units).

Hops One of the four principal ingredients of beer, hops are flower cones added to beer as a bittering agent, a preservative, and an aromatic.

Hot Breaks The first part of the clarification process, occurring when the wort is boiled with hops.

Hydrometer A thermometer-like device used to measure the specific gravity to determine the proportion of potential alcohol in the beer.

Infusion The process of introducing mash into hot water for mashing. The infusion method of mashing involves mashing a single time at a constant temperature, as opposed to other, more complex mashing techniques that involve mashing more than once at different heat levels.

Irish Moss A seaweed that is added to boiling wort to filter proteins.

Isinglass Material made from fish bladders used to clarify beer.

Keg A vessel holding 15.5 gallons that is used for serving beer in large quantities.

Kriek A beer, usually lambic or brown, that is brewed with cherries.

Lager From the German word to store, lagers represent a major family of beers. They have a longer and cooler fermentation period than ales, and are brewed with bottom-fermenting yeast. Most German and North American beers are lagers.

Lagering Aging the beer by letting it stand for a number of days in a lagering tank.

Lambic Spontaneously fermented wheat beers from Belgium. The yeast is not manually added; instead, it is allowed to drift in from the surrounding countryside.

Light Beer Low-calorie beers that also usually have a low-alcohol content (for example, 3.2%). Sometimes light beer is produced by simply watering a full-calorie and/or full-alcohol beer.

Malted Barley The basis of beer. Malted barley is created by germinating (sprouting) barley for optimum starch content and enzyme development, then drying it quickly. This provides starches that convert to sugars, which then ferment into alcohol and CO2.

Mash Tun The double-jacketed, stainless-steel vessel in which mashing occurs.

Mashing The preparation of the wort, the liquid base of beer. Mashing converts starches to sugars by mixing malted barley with hot water.

Microbrewery Breweries and brewpubs producing less than 1,500 barrels per year.

Mouthfeel A sensory way of evaluating the body of a beer. Mouthfeel is the viscous feeling in the mouth that provides a measure of the texture of beer, ranging from thick to thin.

Pale Ale Light-colored ales that are usually full-bodied and on the bitter side.

Pasteurization The process of heating finished beer to kill all living organisms in it, thereby stabilizing it for shipping and increased shelf life.

Pilsner A type of lager beer, first made in Czechoslovakia in the late 13th century.

Pitching Adding yeast to the wort in the fermentation tank.

Porter A characteristically dark brown beer, of English origin. The bitterness of this beer derives from the use of roasted, unmalted barley.

Primary Fermentation Occurring after pitching the yeast and during the first three days on the average, fermentation converts sugars to alcohol and carbonation. Fermentation time for the microbrewery ranges from three to seven days.

Priming Sugar Sugar added to the bottle or keg that ferments and provides CO2.

Priming The process of adding sugar to the brew to create carbonation, either in the bottle or keg.

Proteins Nitrogen-containing compounds, an excess of which cause a haze in beer.

Racking The process of separating the fermented beer from the yeast cells at the bottom of the fermenting vessel. Also the transfer of finished beer to kegs. Broadly, moving beer from one vessel to another.

Reinheitsgebot A German purity law enacted in 1516 stipulating that beer can be made only from barley, hops, water, and yeast.

Sediment Yeast material at the bottom of the bottle formed as a result of conditioning the beer in the bottle. Not a sign of bad beer.

Shelf Life Describes the number of days that a beer retains its peak drinkability. Shelf life is usually a maximum of four months for commercially produced beers.

Sparging Rinsing the mashed grains to ensure complete extraction of the sugars from the mash.

Stout A fuller-bodied, richer, and sweeter version of porter. Irish/English in origin.

Temporary Hardness Hardness in water that can be removed by boiling.

Top-Fermenting Yeast (Ale Yeast) A style of yeast that works at cellar or warm temperatures and floats to the top of the beer. Ale yeasts are responsible for the creation of most beers other than lagers. However, this style of brewing is practiced mostly in England and very few breweries in the US use this type of yeast to produce real ales. Instead, US ales are made with a modified lagering process.

Trub Proteins in barley filtered during the wort boil.

Weisse A beer made with approximately one-quarter wheat malts and usually served cold with either woodruff or raspberry.

Weizenbier A beer made with approximately one-third wheat malts and usually served cold with lemon.

Wort The sweet liquid derived from mashing, or mixing malted barley with water. Wort is the beginning of all beers. 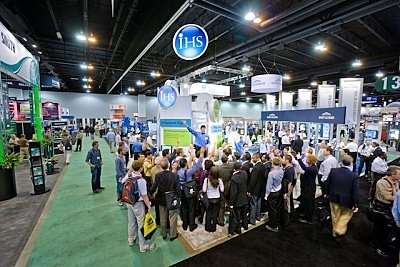 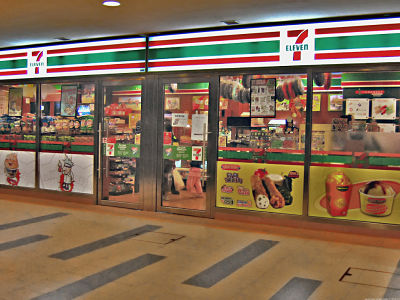 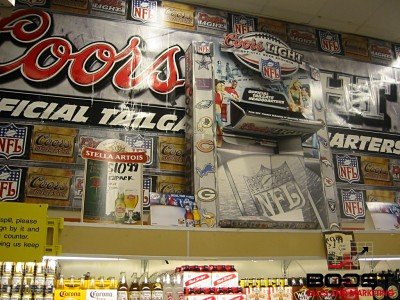 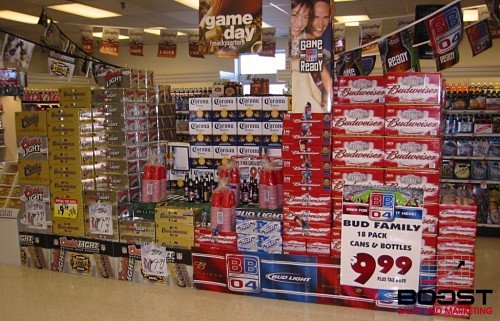 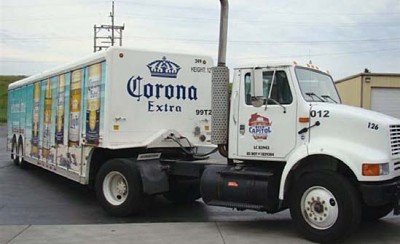 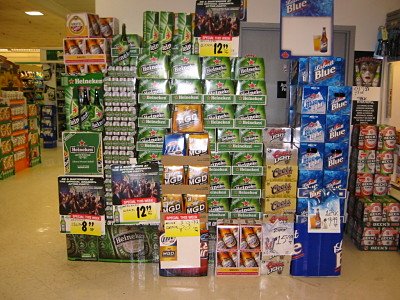 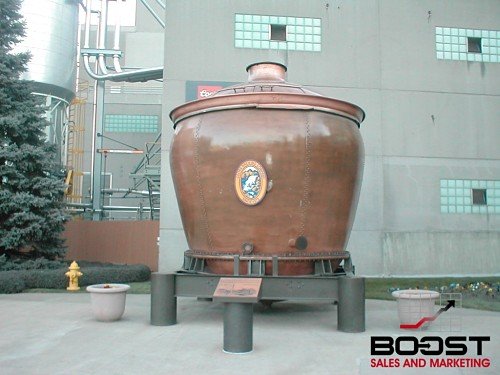 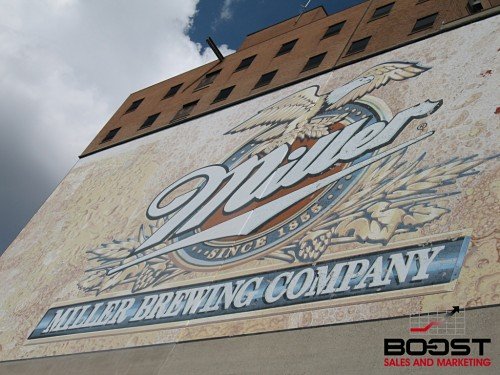 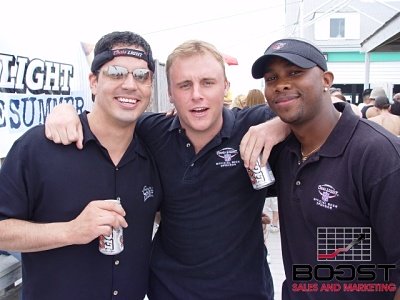 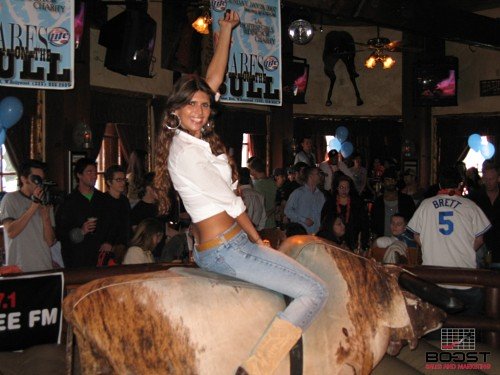